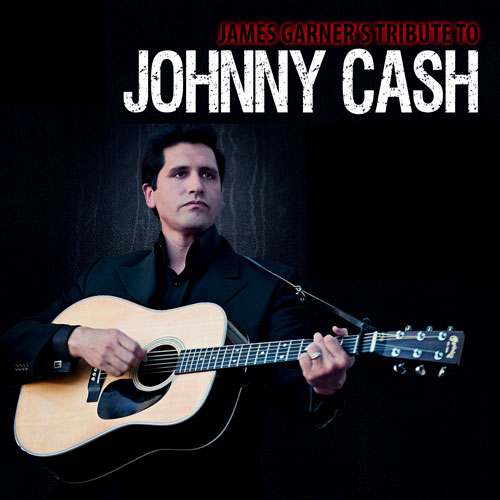 James Garner’s Tribute to Johnny Cash celebrates the life and music of the legendary
“Man in Black” with strong conviction and stunning accuracy. Garner and his band faithfully recreate Cash’s biggest hits and present historical accounts and personal anecdotes about America’s most beloved singing storyteller in this not-to-be-missed musical event.

Since 2008, Garner and his band have performed nearly 500 professional shows around the country and and headlined numerous events honoring Johnny Cash’s legacy. A decade ago, the band took their show to the Folsom State Prison for the 40th anniversary of Cash’s infamous live album recorded behind prison walls.  For a commemoration of a different nature, Garner and the band performed at the U.S. Post Office in Claremont, California at the official unveiling of the Johnny Cash stamp in June, 2013. In 2018, James Garner’s Tribute to Johnny Cash returned to Folsom, California, performing sold-out shows at the Harris Center for the Arts to honor the memory of Johnny Cash on the 50th anniversary of the Folsom prison concert.