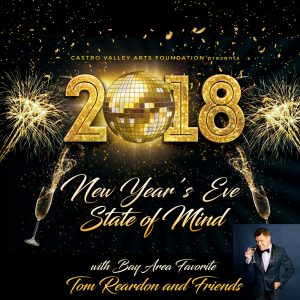 What are you doing New Year’s Eve? That always seems to be the big question as the year nears its close. How about spending it in New York City without the expense of leaving town? Tom Reardon and a group of Bay Area theater luminaries are bringing the buzz and energy of New York City to Castro Valley in a musical celebration of the Big Apple — a Broadway stage, a night club, and a piano bar all in one! Six artists will explore New York State of Mind. There will be songs from your favorite Broadway musicals and pop favorites including Hamilton and West Side Story.